Bounded at its western end by the church of St Peter Hungate and at the eastern end by that of St Simon and St Jude, this lovely street dates back to medieval times and is one of the finest and prettiest of its kind in England.

Elm Hill takes its name from a succession of elm trees which have stood in the small square to the top of the hill. The last of these was felled in 1979, having succumbed to Dutch elm disease, and was replaced by a London plane, which is thriving nicely.

The first evidence for the existence of the street dates from the early thirteenth century, at which time it continued in a straight line westward beyond the present bend at the top of the hill for a further quarter of a mile or so. It was diverted to its present line in the fifteenth century to accommodate the building of the St Andrew's and Blackfriars' halls for the Dominican friars.

Today Elm Hill is lined on both sides mostly by timber framed merchants' houses which were built in the early sixteenth century following a fire in 1507 which devastated the earlier medieval street and much of the surrounding area.

The only building in the street to survive the fire was what is now the Britons Arms, towards the top of the hill and adjacent to the camera position for the photograph, above. It has been suggested that in the early fifteenth century the building housed a béguinage, a lay sisterhood of pious women, but this cannot be confirmed. By the late eighteenth century the building had become an alehouse, and remained as such until the early 1940s. Today it is home to a coffee house and restaurant.

For much of its length Elm Hill runs parallel to the river Wensum, once an important means of importing and exporting goods to and from Norwich via the port of Great Yarmouth, some twenty miles downstream. Many of the properties on the river side of the street had their own quays, with warehouses, workshops and workers' dwellings in the spaces between the houses and the river.

Walking down the street today it is hard to believe that by the late nineteenth century this once prosperous area had fallen into decline and had become a rat infested slum. In the 1920s the city council proposed a plan to demolish Elm Hill and replace it with an area of light industrial premises. This was opposed by the newly formed Norwich Society and at a subsequent council meeting the plan was defeated by just one vote. A programme of renovation and restoration commenced in 1927, and today many of the houses are home to art galleries and book and antiques shops. 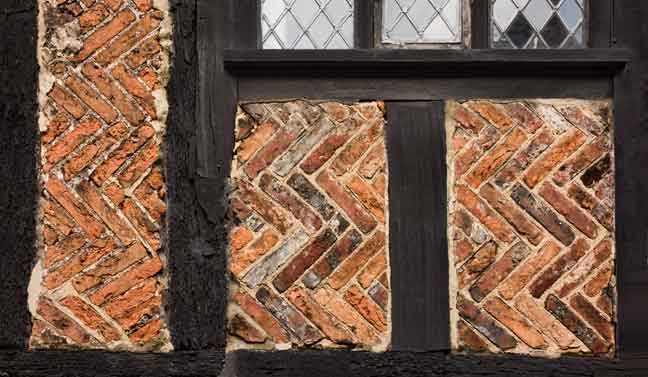 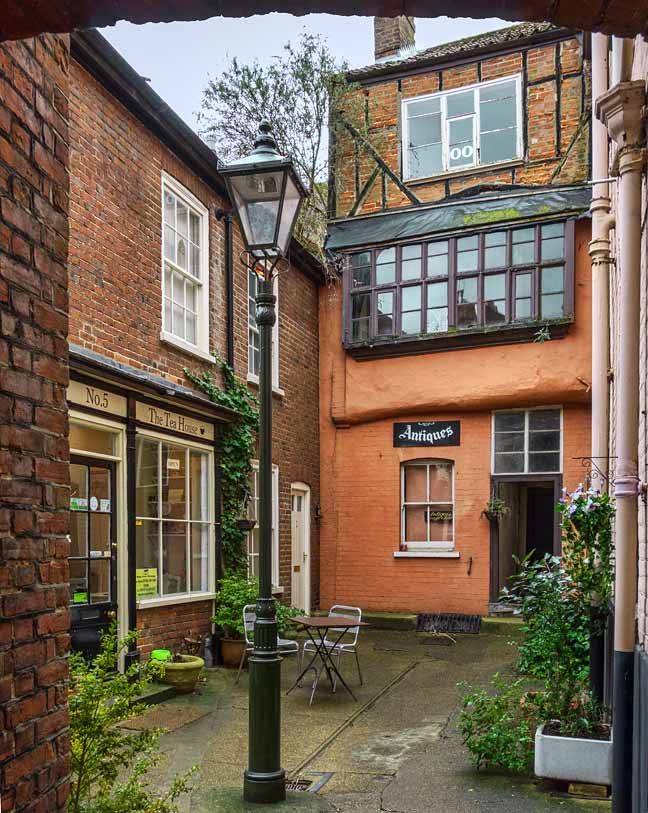